‘It was the greatest thing’: Jubilation at return of Indigenous artifacts 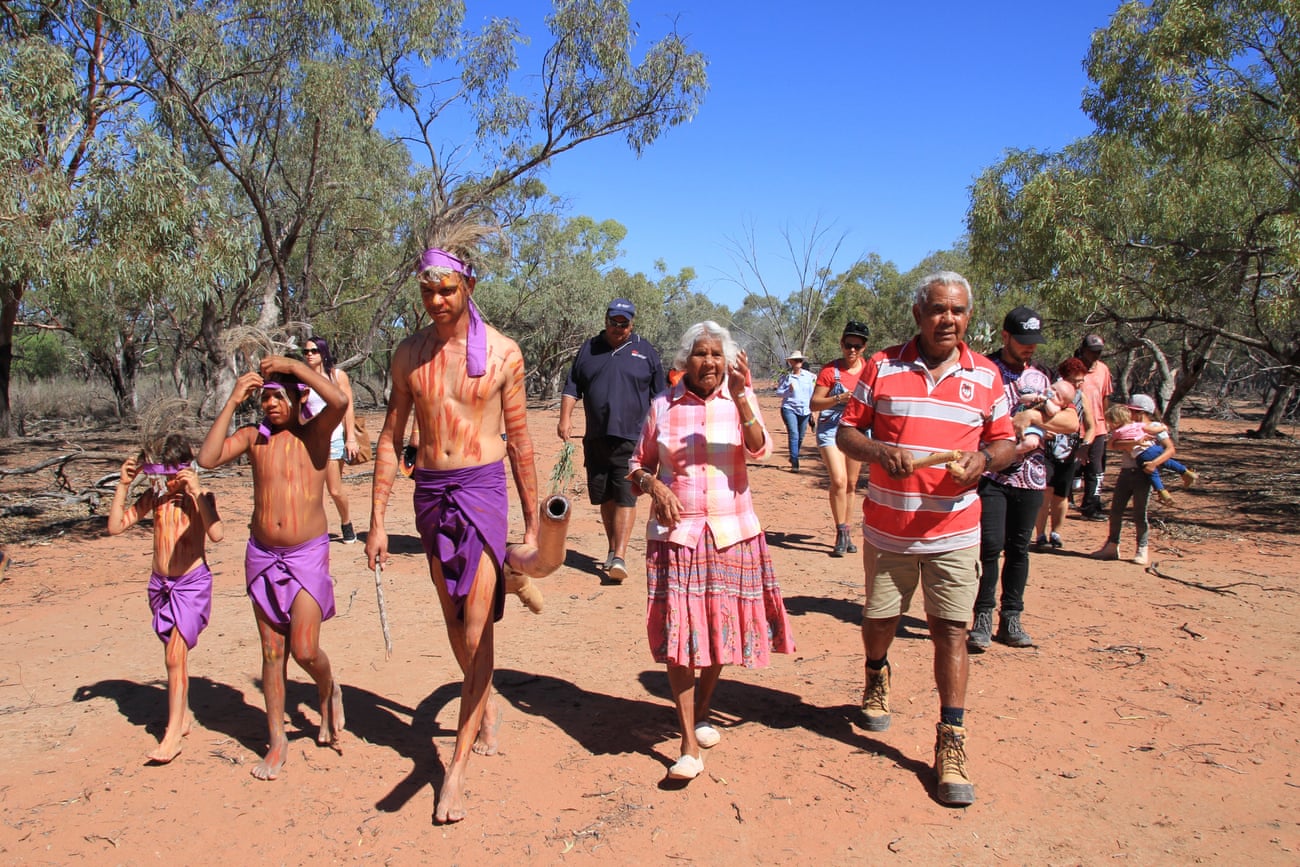 Repatriation rights a wrong for the Budjiti, but there are many more displaced objects.

When Dave and Sue Akers became caretakers of Naree Station Reserve, a remote parcel of land about two hours up a dirt road out the back of Bourke, they came across some distressing garden ornaments.

At some point over the land’s post-colonisation history, the station owners had gathered Indigenous artefacts from across the 14,400 hectares, and brought them to the homestead.

“Some were just strewn around the paddock,” says Dave Akers. “We thought that’s not right, they need to be treated better than that.”

Naree is on Budjiti country, and is managed as a partnership between environmental NGO Bush Heritage and traditional owners like Budjiti elder Phil Eulo.

“It was the greatest thing that ever happened,” recalls Eulo. “We’ve got a grinding plate, a stone axe, a couple of tools, and a grinding stone, and message sticks – they’re soft white material, not from around here.

“The old people used to mark them when they were going through someone else’s territory and send a scout ahead of them with this stick, to show the tribe there and get permission.”

Bush Heritage bought Naree, in far northwest New South Wales, in 2012 to preserve the ecologically significant landscape – what it says is the healthiest floodplain system in the Murray Darling Basin. The reserve – one of 44 owned by Bush Heritage across Australia – offers protection for several bird species, including the brolga.

The organisation has 24 Aboriginal partnerships and manages or assists the management of 8.86m hectares.

“Part of our role with Bush Heritage is to develop a relationship with the traditional owners in the area and that was still in its infancy when we came,” Akers tells Guardian Australia.

“Gradually we spent time with the people and got to know them and [Sue] floated the idea of repatriating the artefacts to them, put them somewhere of their choosing.”

Eulo began walking the rivers searching for an appropriate ancestral campsite, eventually deciding on a raised sand island, surrounded by golden-barked Yapunyah trees, with old hearths visible under the dust.

Today, more than 30 members of his family have come to the place he found, including his Aunty Ruby, an elder of the Budjiti people who was born out here.

“I’m glad when these things go back, because we don’t move them,” says Aunty Ruby. “We’re not allowed to keep them.”

Under NSW law it’s an offence to cause harm to Aboriginal cultural heritage, which includes knowingly moving objects from sites.

If a member of the public finds any artefacts – which do not include handicrafts created for sale – they are encouraged to report the artefact and its location to the Office of Environment and Heritage.

A spokesman said the department had recently commenced proceedings against a Northern Rivers council, but didn’t provide details on the breach or on any repatriations, which were conducted on a case-by-case basis with Aboriginal communities.

It’s midday at Naree’s guest quarters and there’s a flurry of activity as the teenagers practise their dance moves, parents gather the kids together and everyone piles into cars and buses.

Eulo in his red ute leads the convoy to the site, where he stands by a fire, waiting for it to burn down a little so he can start the smoking ceremony and send the family members out towards a medicine tree in the clearing.

Bruce Shillingsworth leads the young boys in a traditional dance to open the ceremony. Eulo holds each artefact aloft, and describes its use and possible history.

“This blue stone is not from around here, it was probably traded,” he says of one. Nearly every family member is handed an artefact to place beneath the tree.

Eulo doesn’t know how old they are, and a dating process with a university might be on the horizon.

“They’re from our ancestors, put it that way,” he tells Guardian Australia outside the ceremony.

“On this property here, we haven’t surveyed the whole of it yet but from what we found so far I’m sure there’s others here.”

“This has always been Budjiti country and their management of this country for hundreds to thousands of generations. What we saw today with the artefacts is a physical reminder of that land management,” she says.

“It’s hugely significant that if we’re able to work alongside Bujditi, and provide the opportunity for them to have much stronger decision-making over their country and say over what actually happens.”

The return of these artefacts rights a wrong for the Budjiti, but it’s likely there are many more displaced. Cultural artefacts of the Budjiti or indeed any First Nations people could well be sitting in a garden, a shed, or on a shelf, out of place.

Guardian Australia has been told – and has confirmed it by calling a few vendors – that they regularly pop up at farm clearance sales.

Eulo is confident the artefacts are safe on Naree, and will be respected for what they are and where they are, by Bush Heritage and the caretakers that follow the Akers after they leave this year.

“We’ve thought a lot about it and they’re doing the right thing working with us and working together. Putting the artefacts back, if we find new ones, we leave them there where they are,” he says.

“That’s what the elders told me, you don’t pick it up, don’t touch it. If it’s in the road of something you can shift it, hide it somewhere. If it’s in a safe place … leave it. It’s been a really lovely journey. Let’s keep doing it, I reckon.”