Carbon Farming could benefit both Budjiti Community and Country 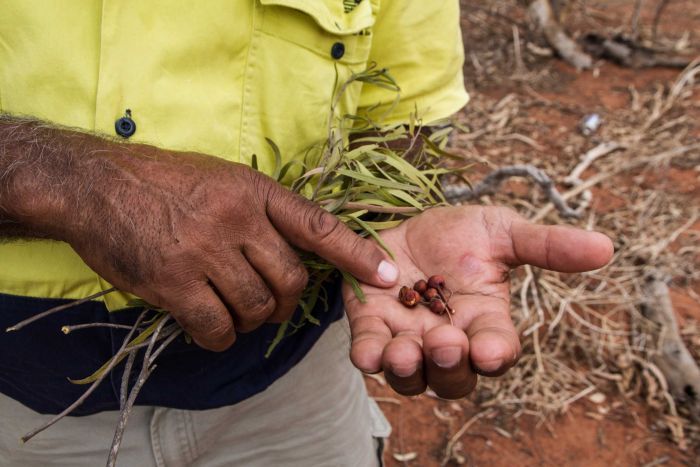 The demand for carbon farming projects is growing in south-west Queensland with one Indigenous group looking to the initiative to regenerate the bush.

The Budjiti Aboriginal Corporation has been working with carbon farming developer Climate Friendly to give consent to property owners in the Paroo Shire Council region looking to start projects.

But the group has also started to look at its own projects in the region.

“It’s got carbon farming on it and we’d like to keep it growing and expand the mapped-out area and maybe look at putting some cattle on.”

In 2015, the Budjiti people received native title of the Paroo River region, which spans far west New South Wales and over the border into Queensland.

“We’ve lost a lot of our native trees, our bush tucker trees, our medicine bush, our fruit trees,” Mr Eulo said. “They’re all disappearing and they’re only in a few selective areas on our country now. We want to see them all come back across the determination [native title] area.”

Mr Eulo said he was worried about the condition of the region since the introduction of livestock.

The Paroo Shire has been drought-declared for six years and graziers in this region often push over mulga trees native to the area to help feed cattle in dry times.

These trees are now being used for carbon farming in a process known as human-induced regeneration, where blocks of land are left to grow to create living carbon stores.

Mr Eulo believes there is another way to take care of livestock and continue to expand carbon farming projects.

“You could chop branches off it to feed the animals. They used to do it when I was a kid,” he said. “I climbed trees to feed animals in droughts in the 60s. They don’t have to knock trees over.”

“We want to see these trees growing back on our country in all the farms that are in the determination area. We have to work together now. It should have been working together 100 years ago.”

“From an environmental perspective there’s been about 10 million carbon credits issued so far. That’s roughly the carbon emissions of half a million people or about 2 million cars off the road.”

Vegetation is measured for carbon content by cutting a tree down, measuring its ‘wet weight’ and then drying the tree to measure its carbon content, Mr Harris said.

Across Australia carbon farming has reduced about 60 million tonnes of carbon emissions, which is close to 10 per cent of the country’s total emissions.

“And a lot of that activity is in western Queensland,” Mr Harris said.

[The featured image is taken from the original ABC News story].